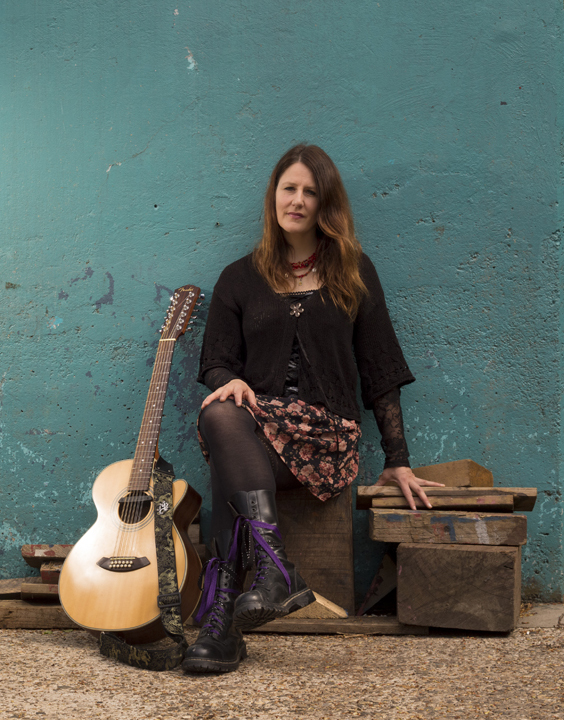 Originating from the Boston underground rock scene, Swiss native and adopted Parisian Christine Zufferey is coming back as an enchantress in her own singular folk alternative style.

The latest opus of her project Mary Zoo, “Tales from the Enchanted Maze”, is the second part of her “TALES” trilogy, born in the meanderings of the Green Venice, after “Tales from the Underground”, written in the forbidden catacombs of Paris. We wander about and lose ourselves again in her enraptured lines, at times in English, at times in French, filled with spellbinding emotions and timeless legends. And there, curling up in the tree branches, the water of the swamps up to the knees, as if it was a reminder of the times when we were kids. As if it was a call for freedom, an unfinished dream…

In this new album Mary Zoo awakens shivers that have been numb for ages… Just follow the voice, the stories, the cello, the string orchestra, the soaring guitars, the percussions, the magic of the photographs and drawings and you will be different upon awaking…

It is the second gem to listen to and keep for a long time. Recorded and co-arranged by Antoine Delecroix at the “Clandestine Atelier”, the album comes with a 64 pages booklet in which you’ll find all the songs illustrated by the phantasmagoric images of the artist Bahadir Isler and the chimeric universe of the swamps through the pictures and text by Gaspard Duval.

Christine is a singer-songwriter. She lived in the United States for 15 years where she studied film scoring and played in the bands « All the Queen’s Men », « January », « Sabot » and « Ziaf » that performed around the world. She also participated in the multi media international collaborative project “Bring us your Women».

QUOTES:
ROCK UR LIFE : “The support act Mary Zoo was always as excellent. You will have to watch out for the evolution of this band as it could very quickly make a breakthrough into the French musical scene”.
LONGUEUR D’ONDE : “Christine Zufferey comes back with this second part of her trilogy composed in the Green Venice. A disc that is just as ambitious and successful as the last one. The opus is composed of 18 songs in which you will find the poetic universe of the Swiss artist again”.

End of my world